Manganese (Mn) ore originates in a carbonate, semi-carbonate, or oxide ore form. The global manganese market produces circa 20 million tonnes (Mt) per year of contained manganese, with around 90% of the supply used in steel and ferroalloys sectors. The remainder of global supply is used within the specialty market, including electrolytic manganese metal, electrolytic manganese dioxide and manganese sulphate monohydrate, with the lithium-ion battery (LiB) market consuming only 0.5% of the total contained manganese.

High-purity manganese, also known as battery-grade manganese, is produced by a handful of companies globally, with only three companies located outside of China. This produced material, primarily in the form of High Purity Manganese Sulphate Monohydrate (HPMSM) or High Purity Electrolytic Manganese Metal (HPEMM), is purchased by the cathode and battery manufacturers and combined with other chemicals to create an active material (CAM) used to produce the cathode of lithium-ion and other batteries used in modern day living including electric vehicles (EV).

HPMSM is a pale pink inorganic salt compound in crystal form with typically 32% of contained manganese. The chemical symbol of this low impurity salt is MnSO4·H2O.

Demand for high-purity manganese is forecast to be heavily skewed towards the HPMSM market, with new capacity coming online demanding HPMSM, not HPEMM.

There are several routes to producing HPMSM: either directly from manganese ore; or alternatively from dissolving HPEMM in acid followed by further processing steps. The latter route requires high power consumption for electrowinning of HPEMM (up to 10,000 kWh/t of HPEMM) and in practice requires having two plants: an HPEMM plant and an HPMSM plant.

At Giyani, our low-carbon emissions HPMSM processing route, directly from our high-grade manganese oxide ore, is fully hydrometallurgical and does not require energy intensive calcining or electrowinning. This route has been developed by the Giyani team and will be de-risked through our Demonstration Plant being constructed in South Africa, which is expected to produce up to 600kg/day of HPMSM by the second half of 2023. 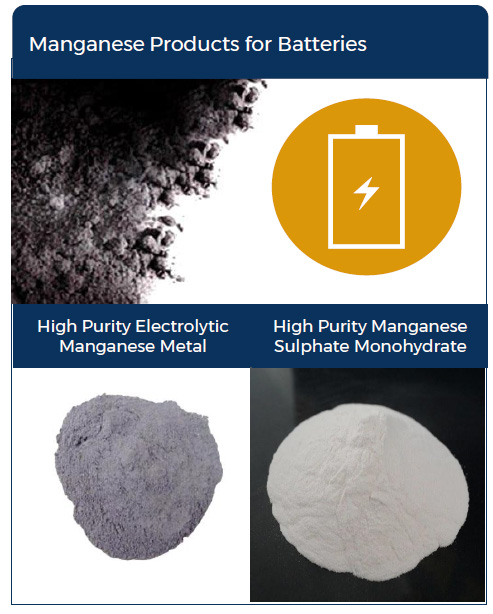 THE DEMAND FOR ELECTRIC VEHICLES IS RISING

Demand for LiBs is being driven by the rapid growth in EV production globally. Over the past few years, the EV market has seen enormous expansion, which is forecast to continue rapidly over the next decade. 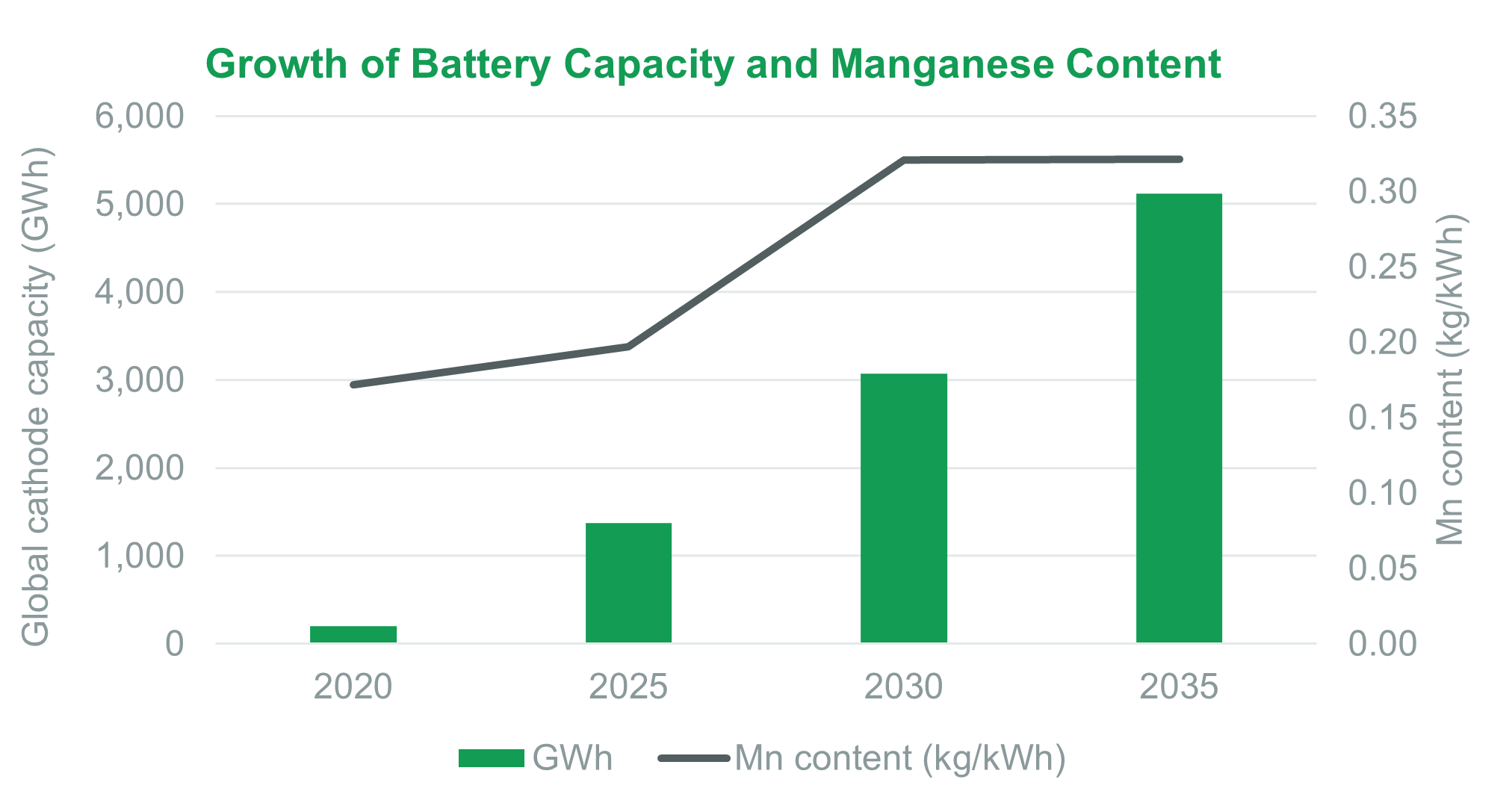 Where is the Manganese in Batteries?

There are several types of cathode chemistries currently used. However, the prevailing chemistry for battery cathodes is the Nickel-Manganese-Cobalt (NMC) combination.

In an average NMC 622 (a cathode with six parts nickel, two parts manganese and two parts cobalt) battery grade manganese constitutes around 17% of the weight of the cathode and only 1-2% of the current material cost to make a cathode.

As the demand for EVs increases, the market share for NMC cathode chemistry is expected to increase from ~45% in 2020 to over 75% by the end of the decade.

With the expected growth in NMC cathodes, utilization of battery-grade manganese by the LiB sector is forecast to increase in the coming years as end-users seek to reduce nickel and cobalt use in NMC cathodes and introduce manganese in lithium iron phosphate (LFP) cathode formulations.

In 2018, the German chemical giant BASF announced new NMC 370 and NMC 271 cathodes with an expected cobalt content of less than 5% and significantly increased manganese content of 75% or more.

Several companies, including CATL and Mitra Chem, have also announced the development of variations on the manganese bearing LFP chemistry (LMFP), where the addition of manganese could potentially improve energy density by up to 20% while reducing the material cost by up to 28%. 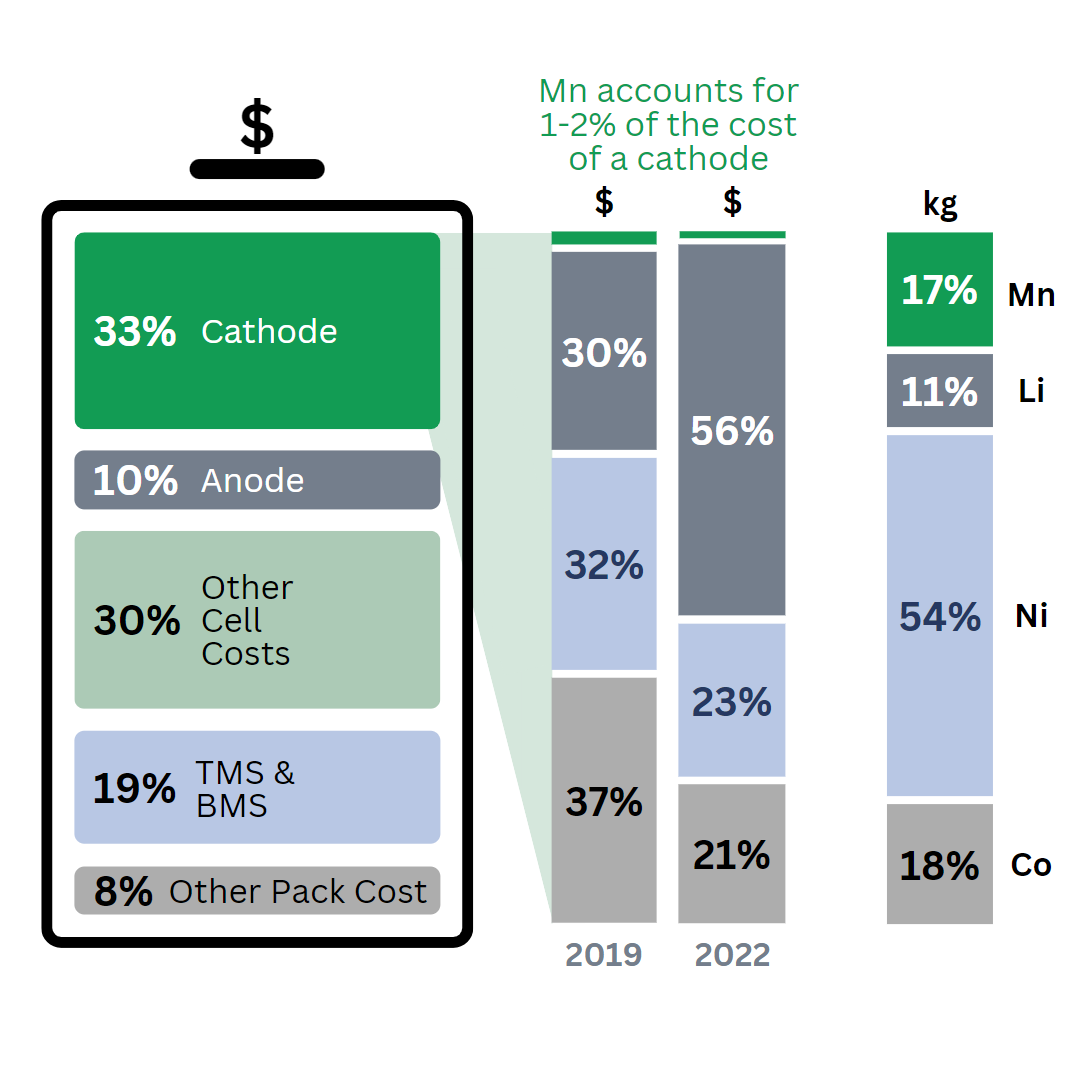 Where is the Supply of High Purity Manganese?

The current HPMSM market is heavily dominated by China, who accounts for over 90% of the global production and processing capacity. To supply the expected growth in demand over the next decade, new capacity will need to be created through the expansion of current producers and addition of new entrants to the sector.

Looking to new entrants, currently there are only a handful of projects under development outside of China, both publicly and privately owned, with only three projects at or past feasibility stage. Giyani is one of those who have completed feasibility on their projects, and the results have highlighted that once in production, the Company would be one of the largest producers of HPMSM globally. 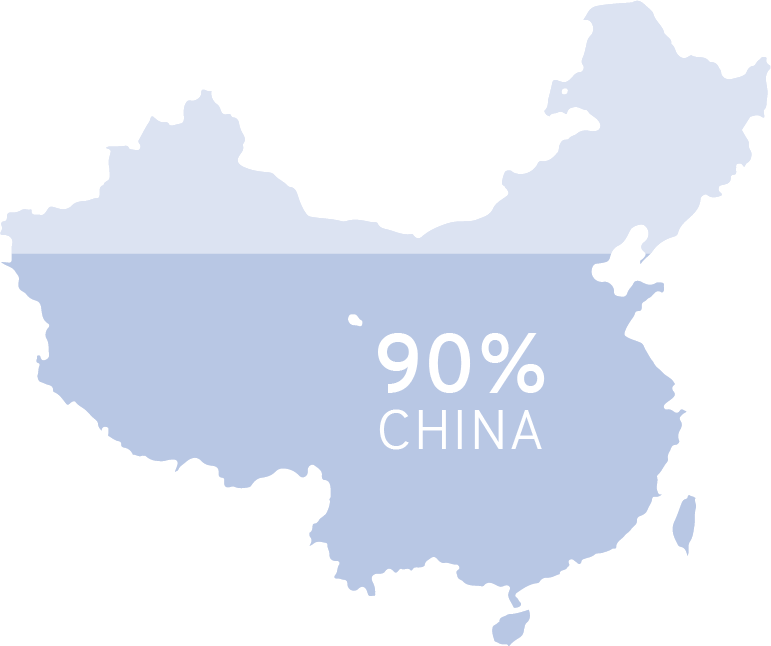 Note: figures above are quoted in tonnes of HPMSM, not metal contained.